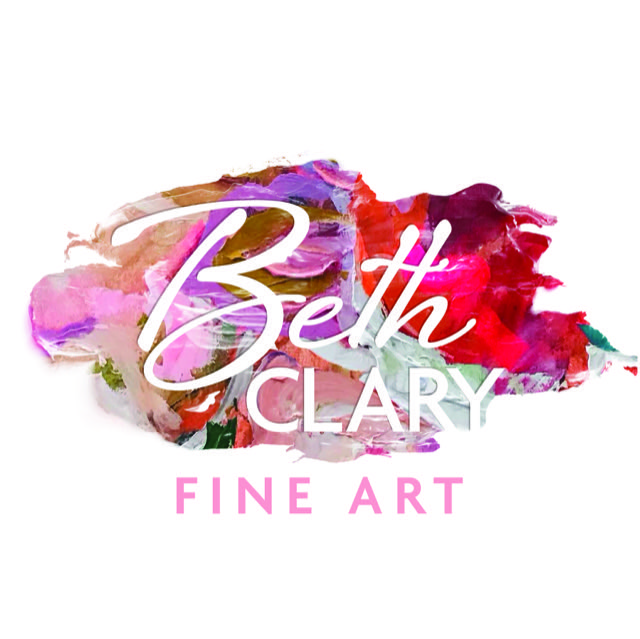 Award-winning Indiana artist, Beth Clary Schwier, hails from Peru, Indiana, where she performed with the Peru Circus from age 9 until she moved to Muncie, Indiana, to study at Ball State University.

Beth is a wife and mother of six children.  A former actress and model, she began seriously studying art in 2012, entering her first ever juried show in early 2014.  Throughout 2012-2015 she studied with renowned Indiana artist, Charles Warren (C.W.) Mundy.  In 2015, Beth opened her studio the historic Stutz Arts and Business Center in downtown Indianapolis. There she was discovered by design scouts for the hit national HGTV series Good Bones, filmed in Indianapolis. Beth now has her own gallery/studio space in Irvington, near downtown, Indianapolis, where she spends her days painting and meeting new clients. Her new gallery is in Irvington (5 miles East of Downtown Indy).