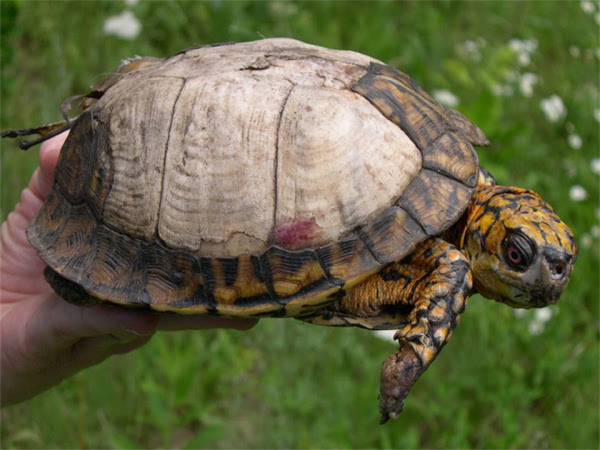 4,000 Acres to be Logged and Burned in Hoosier National Forest

(The Indiana Forest Alliance) — The U.S. Forest Service is moving forward with a plan to log 4,375 acres, repeatedly burn 13,500 acres, build 16.4 miles of logging roads, and apply herbicides on 1,970 acres all concentrated on ridges, slopes, and valleys in the Hoosier National Forest that drain into Monroe Reservoir, located about ten miles southeast of Bloomington.

This proposed “Houston South Vegetation Management and Restoration Project” will increase sediment runoff into the South Fork of Salt Creek, which is already polluting Monroe Reservoir, the sole drinking water supply for 120,000 people in Monroe and surrounding counties, with too much sediment. This will cause repeated closures and reroutes of the Knobstone Trail, as well as popular horseback riding trails. The project will also kill or harm at least seven species of federally or state listed bats and other birds, mammals, amphibians, and reptiles that are state endangered or listed as “species of special concern” in Indiana.

Because Houston South is located in the Lake Monroe watershed, implementing the proposed management plan will compromise the drinking water supply. Lake Monroe already suffers from excess nutrients, suspended sediment, and algae. Drinking water authorities spend hundreds of thousands of dollars to treat spikes in suspended solids (“turbidity”) to safely provide this water to the public. The project area contains many steep slopes with highly erodible soils, and the silt load from burning and logging will exacerbate these problems.

The U.S. Forest Service (USFS) says that Best Management Practices will prevent water pollution, but monitoring of other logging sites shows this is not true.

Right now, the Houston South project area supports seven species of bats that are federally endangered or threatened, under consideration for this listing or state endangered or “species of special concern” (rare or range limited in Indiana:

By burning and logging, the project will cut down, burn up, and engulf in smoke maternity roosting trees for these bats, killing the mothers and their “pups.” Other animals that will likely be burned up or adversely affected by the logging and road construction include the state endangered Timber Rattlesnake and Cerulean Warbler and Species of Special Concern that live or nest on or near the forest floor such as Eastern Box Turtle, Smoky, and Pygmy Shrew, Rough Green Snake, Worm Eating Warbler, Black and White Warbler, and Hooded Warbler.

The USFS claims that this timber harvest is required to regenerate early successional oak and hickory forests. However, the age class distribution table for the HNF indicates that about 10% of the HNF is in the 0-25 year age class, while less than 5% is in the > 100-year-old classes. Findings from the 2018 Purdue Climate Change study indicate that climate conditions will be more favorable for oak in the coming decades, suggesting that oak saplings will thrive without the intervention of logging, burning, and pesticide applications.

Outdoor recreation is one of the fastest-growing components of Indiana’s tourism industry, generating some $15.7 billion in annual consumer spending and creating 143,000 jobs in Indiana, according to the Outdoor Industry Association. This project will consume a significant part of the most popular horseback riding area in the HNF and force repeated closures of other horseback riding trails. The project will force closures or reroutes of the Knobstone Trail, the state’s longest and most famous backpacking trail, as well as the Fork Ridge and other hiking trails.

Volunteers helped construct and maintain many of these trails, but the volunteer pool is likely to dry up if trails are destroyed or repeatedly closed due to logging and burning. Several miles of the project are directly adjacent to the southern border of the Charles Deam Wilderness. This logging project will diminish the recreational experiences within the largest concentration of national and state forest public lands and the only federal wilderness area in the lower midwest (Indiana, Ohio, and Illinois) where wild land for such experiences is extremely limited.

The USFS is required to consider alternatives to the proposed action at Houston South. The USFS has not demonstrated that they considered the impacts on municipal water supplies. Other than taking no action at all, they have not offered any alternative solutions to this drastic plan either.